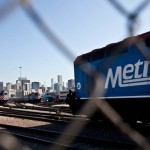 WASHINGTON — Even after spending nearly $6 billion, the rail industry says it will not be able to meet its year-end government-imposed deadline to install a system known as positive train control, which is intended to prevent collisions or derailments caused by excessive speed.

The technology is required on about 60,000 miles of railroad tracks by Dec. 31, and if it is not put in place, the result could be disruption of the nation’s rail service. After a major train accident in California in 2008, Congress gave railroad companies seven years to complete installation of the safety system.

If the deadline is not extended, many railroads say they will not allow passenger trains like Amtrak to use their tracks because of the potential liability and possible fines the federal government could impose. Nor would they be able to carry hazardous chemicals or oil shipments, rail companies said.

Congress has not passed an extension, and with a crowded agenda, it is unclear when lawmakers will take up the matter.

“It’s hard to break through everything else that’s going on,” said Edward Hamberger, president and chief executive of the Association of American Railroads, an industry group. “But this needs to get done before the deadline or the industry will have to make some tough decisions.”

The absence of the safety technology on freight and passenger trains came into sharp focus earlier this year when an Amtrak train derailment killed eight people and injured hundreds more in Philadelphia. Investigators from the National Transportation Safety Board said the new technology would have most likely prevented the deadly accident, which is believed to have been caused by human error.

But the impact of failing to extend the deadline for installing the safety system goes well beyond passenger inconvenience.

Each day, millions of tons of goods are moved by rail, from the bulk of coal to heat homes and businesses during the winter to the delivery of grains and produce from farms. Freight rail companies say they also would not be able to haul crude oil or other hazardous chemicals like chlorine or fertilizer.

Some rail customers say they have started looking for other modes of transportation, like trucks or barges, to carry their goods to market, in case of a shutdown.

“But there are no good alternatives,” said Mike Steenhoek, executive director of the Soy Transportation Coalition, an Iowa-based agriculture group. “Neither of the alternatives have the capacity to ship as much as trains and at a cheaper cost.”
Mr. Steenhoek said the impact of a potential railroad shutdown could be felt long before the deadline. For example, he said many farming cooperatives have made plans for fertilizer shipments for the spring 2016 planting season.

“The lack of resolution to the positive train control debate is creating uncertainty in agriculture,” he said. “It’s hard to plan anything at this point.”

But railroads, at this point, say they guarantee that they will be able to haul hazardous goods after the year-end deadline.

Ann Warner, executive director of the Freight Rail Customers Alliance, a coalition of larger railroad customers, including the auto and chemical industries, said there was similar uncertainty among her members.

“This could all be avoided if Congress extends the deadline now,” Ms. Warner said.

Passenger rail companies have made similar statements. Metra, a commuter rail service in the Chicago area, the fourth-busiest system in the country, announced last week that it would have to cut service at the end of the year if the deadline is not extended.

Metra officials said if the company did choose to operate without the technology in place, it would be subject to potential Federal Highway Administration enforcement actions brought by the Justice Department, including substantial civil penalties and injunctions or criminal penalties, according to an analysis by the company’s legal department.

“This board will do all it can to avoid this crisis within the confines of the law as it exists today and continue to work with members of Congress on legislation that is needed to extend this unattainable deadline,” said Martin J. Oberman, chairman of Metra. “In the meantime, on advice of counsel, Metra cannot operate any of its trains under current law as of midnight on Dec. 31, 2015.”

Officials at the Transportation Department insist that only Congress can extend the deadline.

“On Jan. 1, we will enforce the deadline and the law,” Sarah Feinberg, the acting railroad administrator, told members of Congress during her recent confirmation hearing. She said the agency would work with the rail companies to help them with technical and financial challenges they face in trying to install the safety technology.

Proponents of an extension have had their arguments bolstered by the release of a Government Accountability Office report earlier this month that recommended Congress pass an extension.

The report said that several problems had contributed to delays installing the system, including that the technology is new and that there are a limited number of suppliers. The report said the government had also contributed to delays. For example, railroads had to stop construction along tracks with radio poles — which make the GPS technology work — because they had not gone through an environmental evaluation process.

Pressure is mounting on Congress to pass an extension.

A Senate bill passed in July would push the deadline to 2018. The bill would increase the Transportation Department’s budget to help the industry with installation of the technology because the equipment is expensive and time-consuming to install. The transportation spending measure in the Senate would require railroads to submit plans to the secretary of transportation that include installation of positive train control by the end of 2018.

The House has yet to consider the measure.